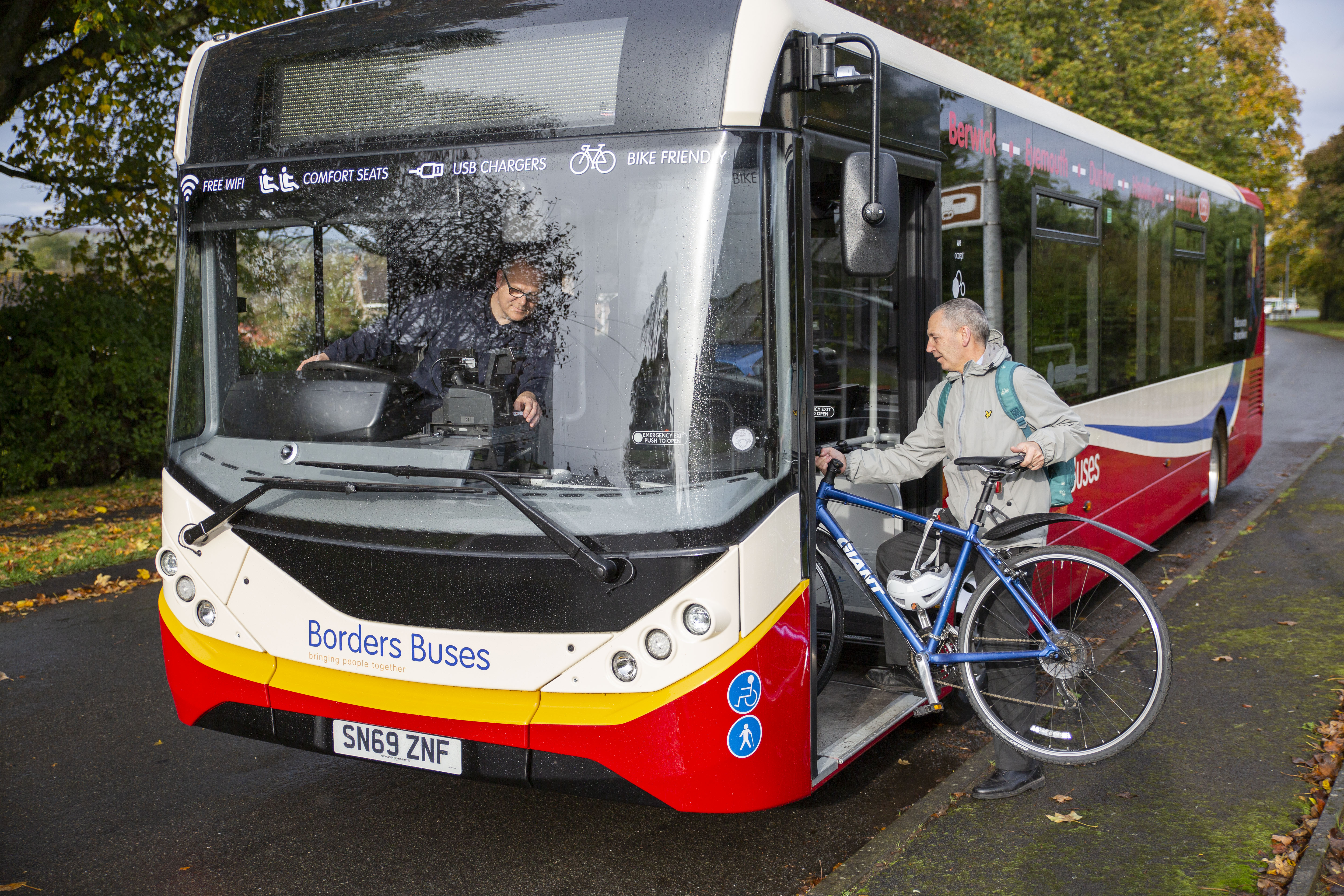 On the buses: Combining cycling and public transport in Scotland

The bus operator Borders Buses has just implemented the first fully bike-friendly local bus route in Scotland where riders can now wheel their bicycles directly on board. This good practice of integrating cycling with public transport – combining active and mass mobility – delivers the best of both worlds.
Line 253 of Borders Buses is now Scotland’s first full bike-bus route, where every bus in operation can carry 2 bikes on board. As well as this Edinburgh to Berwick Upon Tweed service, bike-friendly buses are also in operation on the X95 Edinburgh to Carlisle Service and X62 Edinburgh to Melrose services. 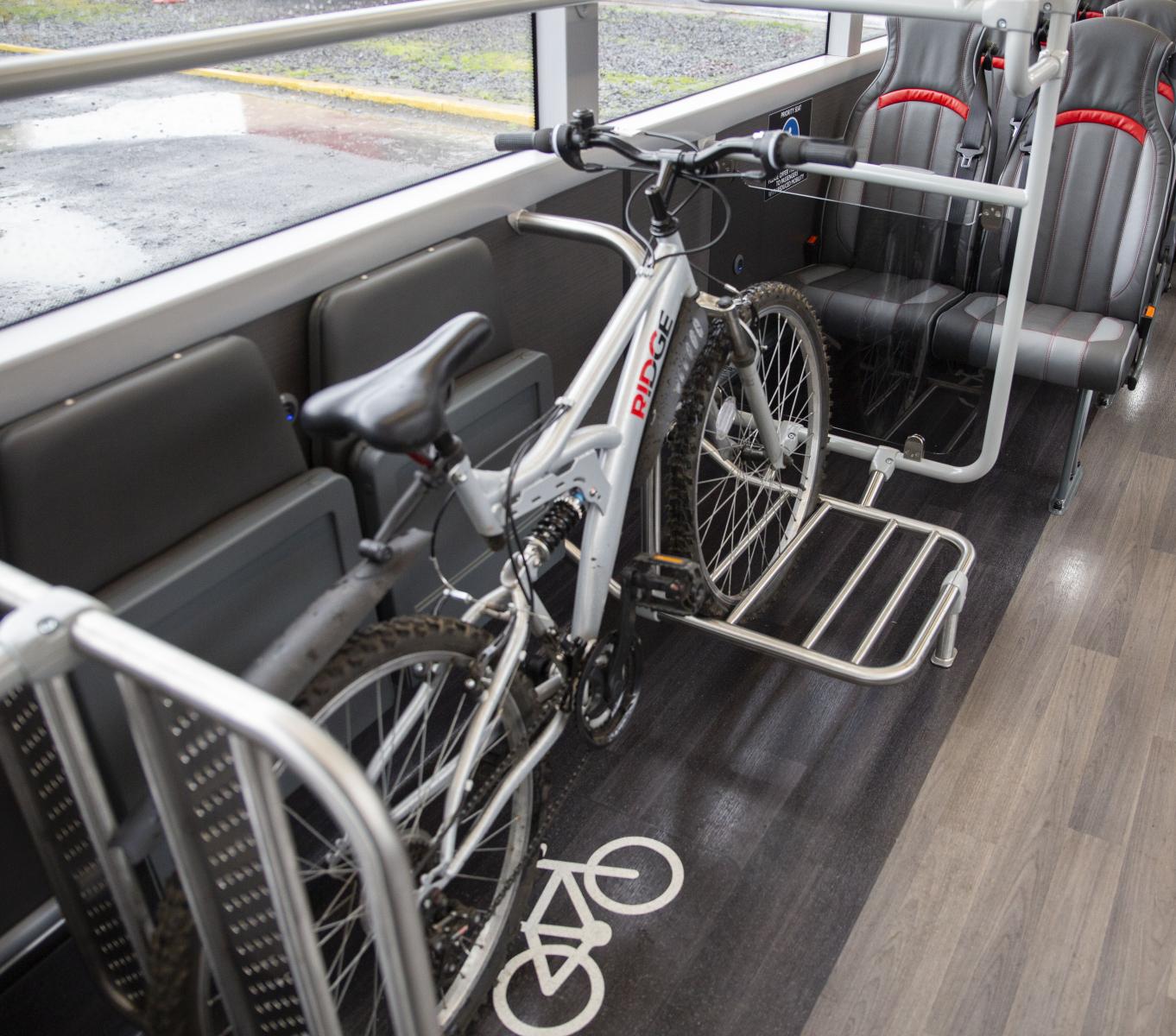 A first for Scotland, these services make it easier for people to travel actively as part of their day-to-day functional journeys. They support day leisure users, cycle tourists and mountain bikers alike. Furthermore, the 253 service is ideally situated to support EuroVelo 12 – North Sea Cycle Route, which follows National Cycle Route 1 (NCN1) in the UK.
The British charity Sustrans, a member of ECF, has collaborated with the bus company to make sure their proactive approach was supported with cyclists’ real needs. “We are delighted to see Borders Buses leading the way with this innovative solution to bikes on buses” declared Ross Miller, Senior Transport Integration Officer at Sustrans Scotland. But the redesign of the buses was only the first step: “As part of the holistic story, making Borders Buses more appealing to people with bikes, we worked with them to improve the information given to their drivers in their Drivers Handbook. This is designed to ‘humanise’ cyclists and to encourage safer practices, fostering greater respect between those on bikes and the bus drivers”.

“It’s quite rare to see this kind of implementation here in Europe, where we are more used to the combination of bike and train” said Ed Lancaster, ECF Senior Policy Officer. “The flexibility of buses, however, makes them a good ally of cycling, particularly in rural areas, where public transport tends to be less widespread and frequent.” 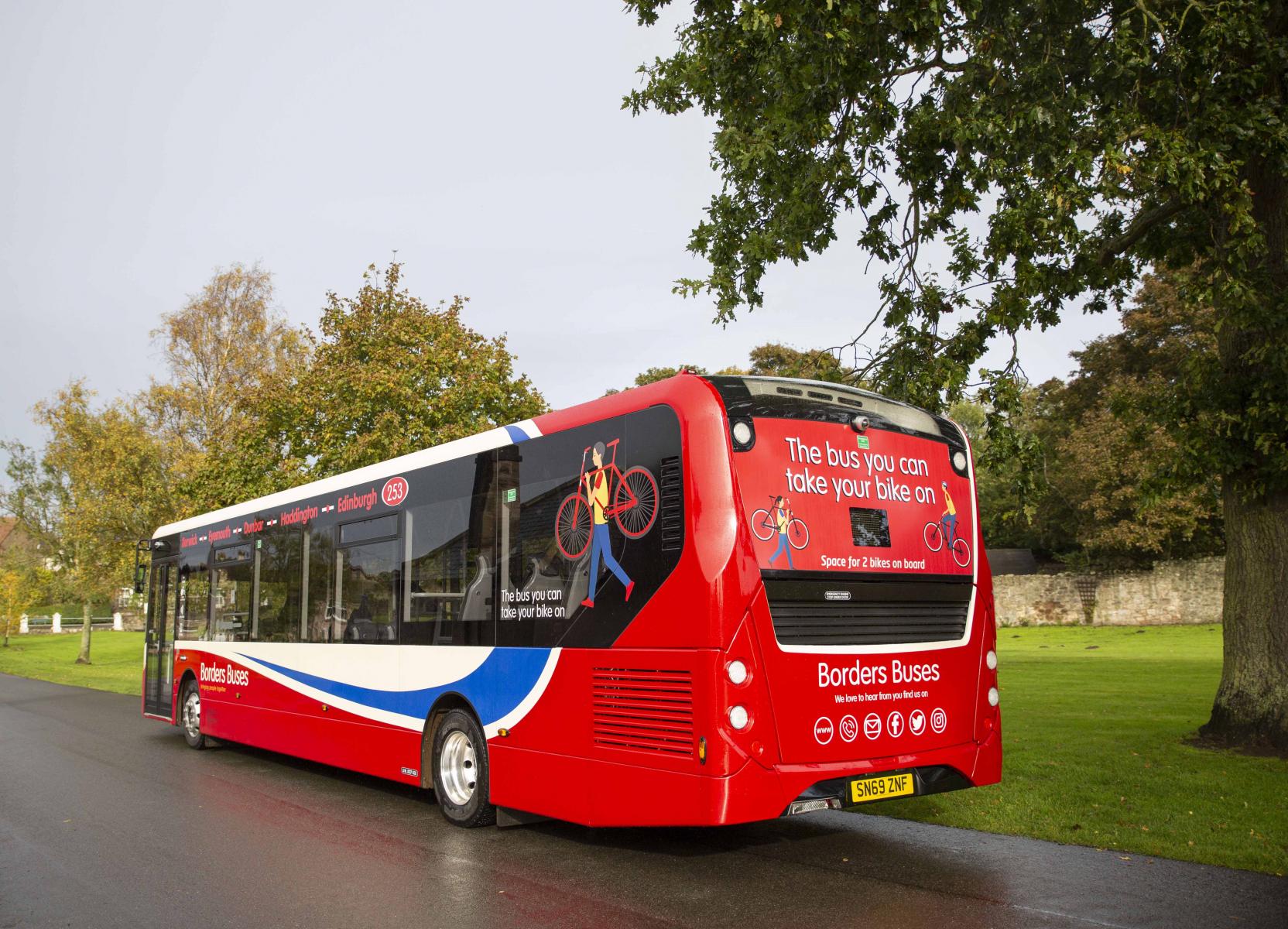 For the moment, the company’s £3.25 million investment gives the possibility to bring on-board two bicycles per bus. And while in the beginning it was foreseen for only 10 of their vehicles, it has already been decided that all new buses will be fitted to transport bikes. According to the Operator, the onboard cycle parking has been self-policing, with no reported conflicts to date between those with bikes and those needing space for wheelchairs or prams.
The move is also likely to become a trendsetter, as connecting bus services with bikes makes the bus more appealing to those who cycle, therefore increasing bus patronage. With people willing to walk up to ten minutes, introducing the ability to take a bike on a bus means that people can travel much further in the same accepted time to get to the stop, thus increasing the catchment area and the number of households that can access each bus stop. This also works at the end of the bus trip, increasing the number of destinations that can be reached in the equivalent time to walking.
Colin Craig, managing director of Borders Buses, supports this view:

We very much see the bus as part of the active travel solution and this initiative introduces a fantastic new dimension to sustainable greener travel. We recognise cyclists are prepared to ditch their cars for our bike-and-bus combination, all of which is great news in terms of reducing traffic congestion and vehicle emissions, enhancing the environment and encouraging people to jump on a bike and get active.

Ross Miller also has longer-term aspirations: “I will work with other partners to provide sheltered cycle parking at stops served by bike-friendly buses. This will provide customers with the option to leave their bike at their local bus stop if the bike spaces on a bus are already occupied”.
Information on the conditions of travel and what to expect are outlined here. Borders Buses phone App also makes it possible to get real-time information on bike-friendly bus locations.